COPE Toolkit for communities and NGOs in English

COPE Toolkit for communities in German

COPE Toolkit for communities in Polish

COPE Toolkit for communities in Slovak

Anti-Muslim racism, often synonymously called Islamophobia, is the contrived fear, discrimination, hatred or prejudice against Muslims and people perceived as Muslims. It can be demonstrated as verbal abuse or physical violence, social exclusion, stigmatization or discrimination targeting Muslims or those perceived as Muslim in all areas of daily life. Within Islamophobic narratives, all Muslims are presented as inadaptable, dangerous, backwards and possibly perpetrators of terrorism.

There is no single nor standard manifestation of anti-Muslim racism. It comes in various forms, expressed both as prejudice and hostility committed by individuals as well as enshrined in institutional and social structures.

Islamophobia on institutional and structural level:

Where does anti-Muslim racism come from?

Many tend to believe that anti-Muslim racism is a phenomenon of the 21st century, which came to its existence after the terrorist attack on World Trade Centre on September 11th, 2001. That, however, is not true.

The source of anti-Muslim racism lies within the conquest of the Iberian Peninsula (today’s Portugal and Spain). The Mediterranean constituted a multireligious space for centuries. Jews, Christians and Muslims lived more or less peacefully together. After the so-called Reconquista from 1492, however, religious belief turned into an important feature, dividing the society. Jews and Muslims became suspicious, as they seemed as potentially disloyal to the Christian crown.

Anti-Muslim racism existed before 9/11, but became more wide-spread and frequent during the past decade as a result of a stronger association of Islam with terrorism in mass media and growing Muslim populations in Western Europe and USA.

How to react to anti-Muslim racism?

How to react on Internet (social media) and in discussions:

How to react in real life situations:

Being a witness of anti-Muslim racism is never an easy task. Therefore, the Austrian NGO ZARA came up with 4 steps on how to show civil courage.

Three countries are engaged in the COPE project - Austria, Poland and Slovakia. The contexts regarding Islam and Muslims in all of these three countries are different. What connects them then? Their determination to foster a better understanding and improve the dialogue between Muslim and non-Muslim communities.

Compared to Poland and Slovakia, Austria has a higher percentage of Muslim population. While Austria is perceived to be one of the best countries to live in, this does not apply to all equally. Muslims are more visible in the society and with their visibility comes also a higher incidence of anti-Muslim racism cases. Although it may be clear for many, there are still a lot of people that don’t recognize the term and concept behind “anti-Muslim racism”. These include the media and politicians. Therefore, NGOs in Austria try to establish the term of “anti-Muslim racism” in order to improve the situation for people that face it. For more information we recommend the first COPE Podcast episode on anti-Muslim racism in Austria.

The number of Muslims in Poland is marginal (approximately 0.1% of population), which makes them hardly visible in the public sphere. The official hate crime statistics regarding incidents where Muslims were targeted continue to be low. In 2019, the Ministry of Interior and Administration investigated 934 cases involving hate crime. Of those, 36 were committed based on the target’s Muslim faith and 58 hate crimes based on the target’s ethnicity that might be linked to Islam (Arabs, Chechens, Turks).

Similarly to Poland, Muslims in Slovakia constitute an almost invisible minority. The actual size of the Muslim minority is not known but is often estimated at 5,000 members. Due to its small size and arguably also due to the unfavourable attitude of the establishment, to this date Islam is not a registered religion in Slovakia. Consequently, Slovakia remains the only country in the EU which does not have an official mosque. Majority of Slovaks do not have an opportunity to meet Muslims in their daily life, feeding their fear and suspicion of the unknown. The relative anonymity of the Muslim community has slightly subsided after 2015 as efforts were made within the community to provide more positive stories about the lives of their members. Muslims however remain mostly unrepresented in the public, political or cultural life.

Katarzyna Górak-Sosnowska, “Islamophobia without Muslims? The Case of Poland”, Journal of Muslims in Europe 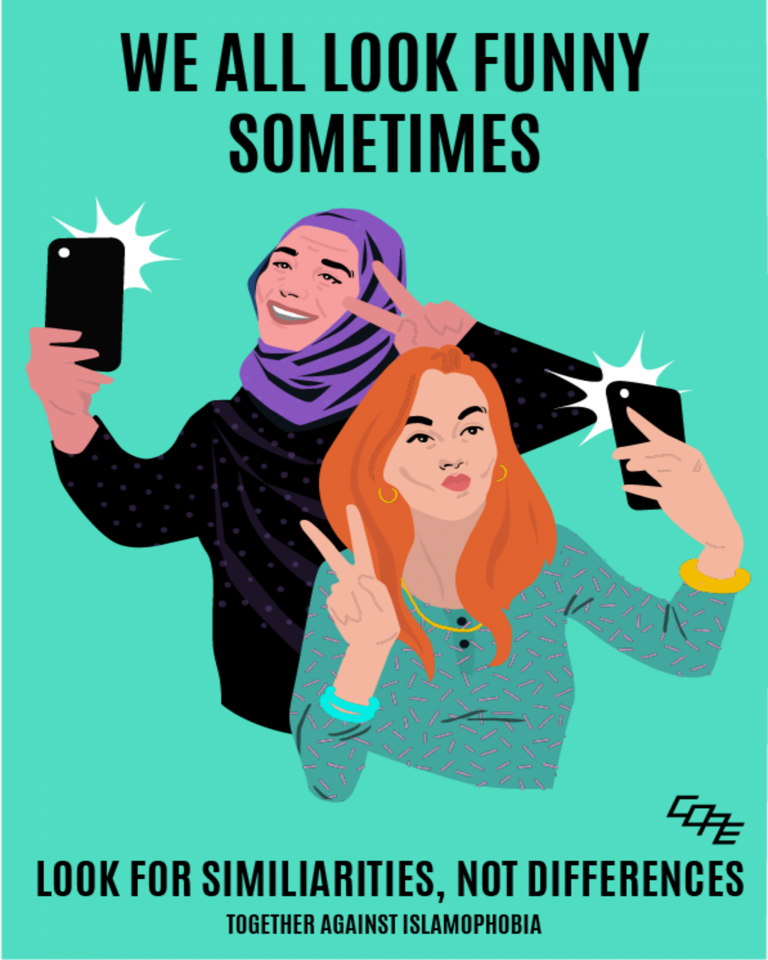 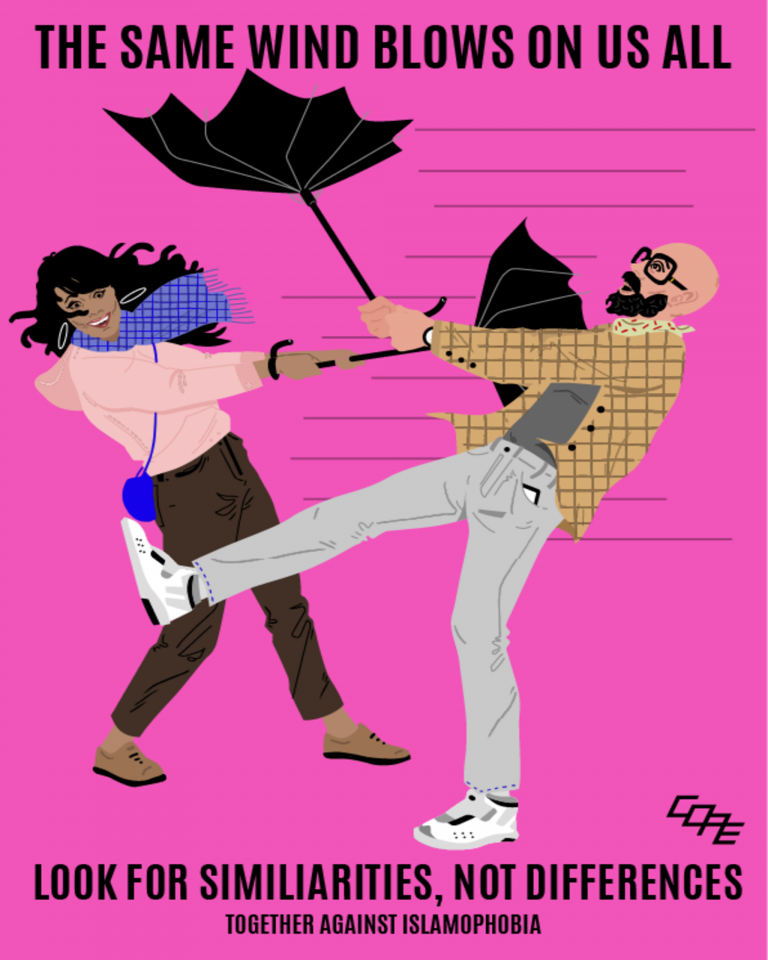 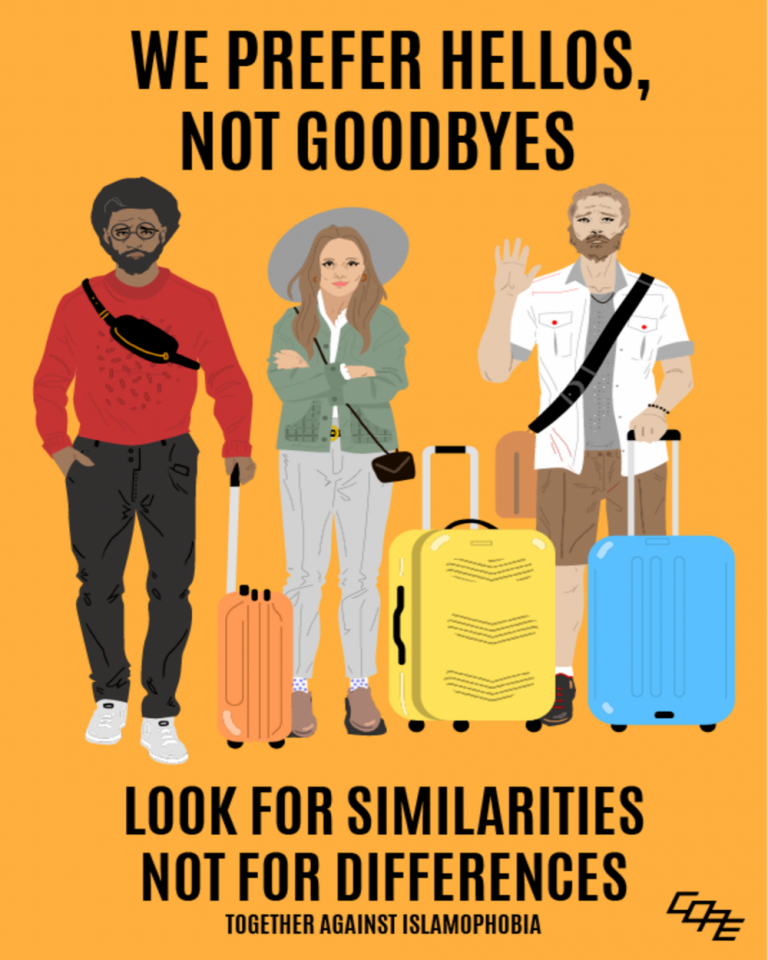